In this second blog in a series about Critical Connectivity, we discuss Critical Equipment.

First responders, utility workers and public works employees spend long days in the field, and they need a single, multi-functional and affordable communications device that survives the toughest working conditions. But most consumer-grade devices can’t match the durability of your own hardworking team. 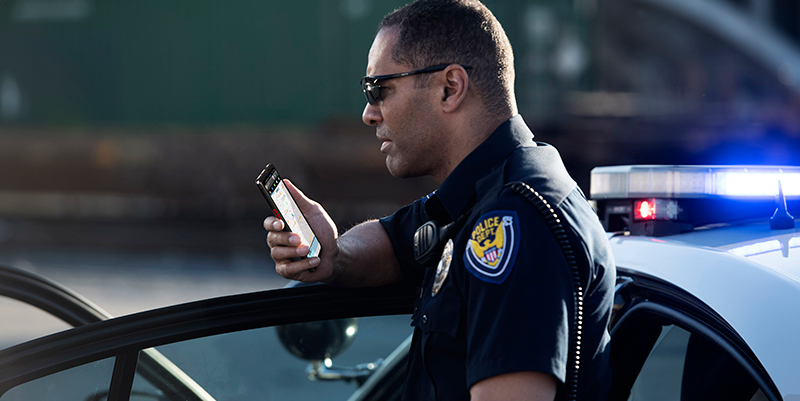 Traditionally, frontline workers have chosen critical equipment that withstands extreme temperatures, vibrations, rain, sand and being dropped in the mud. And until recently, these devices were typically expensive, bulky, heavy and often difficult to use.

These critical devices combine the slim design and powerful features of consumer smartphones with a durable build engineered for field use without sacrificing efficiency. And there’s no longer a need to carry multiple devices when one modern smartphone will accommodate all your connectivity needs.

In addition, Vehicle Area Networks (VAN), with highly ruggedized in-vehicle hardware, connects computers, cameras, sensors, smartphones and more for seamless data communication — inside and outside of the vehicle.

In the age of connectivity, some frontline workers still share devices, which is inefficient, especially when they have to stop their work to track down another team member just to communicate with leadership or other teams. Since modern rugged devices are now more affordable and multifunctional, agencies can equip each team member with a device, so everyone is more productive.

Field workers performing inspections or troubleshooting also rely on high-resolution cameras to share what they’re seeing onsite with technicians back at the office. For retail, home healthcare, transportation and logistics, high-res cameras are used for faster and more efficient barcode scanning.

As smartphone manufacturers ruggedize their critical equipment to offer greater protection against drops, extreme temperatures and other environmental hazards, IT managers looking to verify if a device meets their team’s standards can reference two sets of specifications:

These ratings define the durability of a device rather than leaving you to rely on manufacturer claims that their technology is “safe around water.”

The first number in an IP rating (such as IP68) is for solid particles. The higher the number, the greater the protection against dust entering the device. Look for an IP6x rating, which means the phone is completely dust resistant.

The second number is for liquids. As with solid objects, the higher the number, the greater the protection. Here, the best ratings are: IP67 and IP68.

An MIL-STD-810 rating is the Department of Defense’s gold standard for mobile survivability and endurance. It was created to ensure technology is tough enough for soldiers on the battlefield but it’s also a good benchmark for evaluating use on a manufacturing floor, construction site or in the field during an emergency.

Among the most popular devices, the CAT S62 is rated for MIL-STD-810 and scored an IP68 rating. UScellular® offers unlimited plans with these and other devices to maximize productivity in the field and keep you connected even in the most remote locations or extreme situations.

Benefits of Modernizing Your Critical Devices with UScellular

Learn more about how UScellular can support frontline workers in almost any environment. Contact your local solutions expert at 866-616-5587 or visit Public Safety. 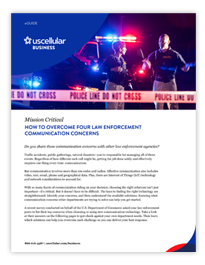 The keys to finding the right technology are straightforward: Identify your concerns, and then understand the available solutions. Knowing what communication concerns other departments are trying to solve can help you get started.