In an increasingly competitive market, driver retention is more important than ever. Finding ways to satisfy your employees can be key to meeting the demands of your customers. Consider these 5 tips to increase driver satisfaction and retention.

1. Create a Culture of Respect

Research shows that younger workers are not enticed merely by money, but by culture as well. They value a company's diversity principles, management style and advancement opportunities.1 Younger generations want fair compensation and flexibility to be able to raise a family and pursue their interests. But they still want stability, longevity and a career. So it’s important to show that level of care and interest, according to a recent operating conference panel.2

In addition, according to a survey by WorkHound, which lets drivers leave anonymous feedback via text, companies should establish a culture that respects drivers.3 WorkHound recommends that companies build relationships between drivers and office personnel, making sure that everyone understands that drivers are top priority. To promote a culture of respect, fleet leaders need to take responsibility for this relationship. In addition, empathy-based coaching can significantly impact your company's culture and lead to higher retention.

2. Invest in Your Drivers Safety and Training

Compensation is a top concern for drivers, and the Council of Supply Chain Management Professionals’ 33rd State of Logistics Report suggests providing the following to help retain staff:4

Given the recent rise in both freight volumes and shipping rates, motor carriers should invest more proactively in recruiting, training and compensating drivers, the report authors wrote.5 In fact, the average driver’s wages did rise 18% between 2019 and 2021, including sign-on bonuses, demonstrating how intense the driver shortage is, according to an American Trucking Assn. study.6

Drivers spend hours and days in their vehicles, so it is important that they feel at home and safe. According to Veltri, a regional trucking service, drivers want:7

Drivers are more likely to take pride in their equipment if the conditions above are met. They will be better stewards of your assets and be more likely to stay loyal to your organization.

Using driver scorecards, you can reward and recognize drivers who display the best driving behaviors, and coach those who demonstrate risky behavior. Better driving habits can lead to additional benefits like improved public perception of your company and fewer costly repairs resulting from harsh driving habits. Gamification may also improve team comradery through healthy competition that engages your drivers, improves processes, and leave participants feeling safe, appreciated and accomplished.

Fleet management technology can help keep drivers happy and attract a younger generation. For example, dispatchers and managers can use a driver app to prepare and deliver prewritten messages for everyday situations. The system notifies drivers when a chat is missed or if additional stops need to be made, so vital information does not get lost in the shuffle. In addition, drivers can view their route for the day, update their status, review notes and generate directions at the touch of a button. Drivers can often be the last to know when routes or pickups change quickly so this technology helps keep them connected, informed and happy.

UScellular® WORKS TO PROTECT YOUR DRIVERS

Fleet Management Solutions from UScellular work to teach, communicate with, keep safe and defend your drivers, as they are your number one asset. Work with UScellular to find the fleet management solution best suited for your business. Contact your local sales rep at 866-616-5587 or visit Fleet Management. 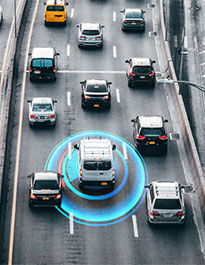